Quite often we are asked “when is the best time of year to go whale watching”? Short answer, all year round!!!

Our semi-resident sperm whales are present all year round. Abundance to the number of individuals we see in the summer months are similar to the numbers we see in winter as well.

The Grouper or Hapuka is a very popular fish to catch in Kaikōura, not just for people but the sperm whales love it too. In the winter months, grouper comes in closer to shore to spawn and with our big boys being food driven, they also come in closer to shore as well to take advantage of the grouper. Some of our sperm whales can be seen occasionally less than a mile off the coast line, that is thanks to the Kaikōura canyon being so close to the coast. Sometimes though, we do get sperm whales foraging in only a couple hundred metres deep of water and on some occasions, we’ve seen some of our longest recorded sperm whales “Manu” and “Tiaki" feeding in less than 50m deep of water.

Some resident sperm whales likely to be encountered during winter are Mati Mati, Lazarus, Tiaki, Manu, Saddleback and we’ve been seeing Holey Moley here in winter as well - he was our most frequently sighted sperm whale through the summer. There are also other sperm whales around too but these guys are typically who we would locate first. 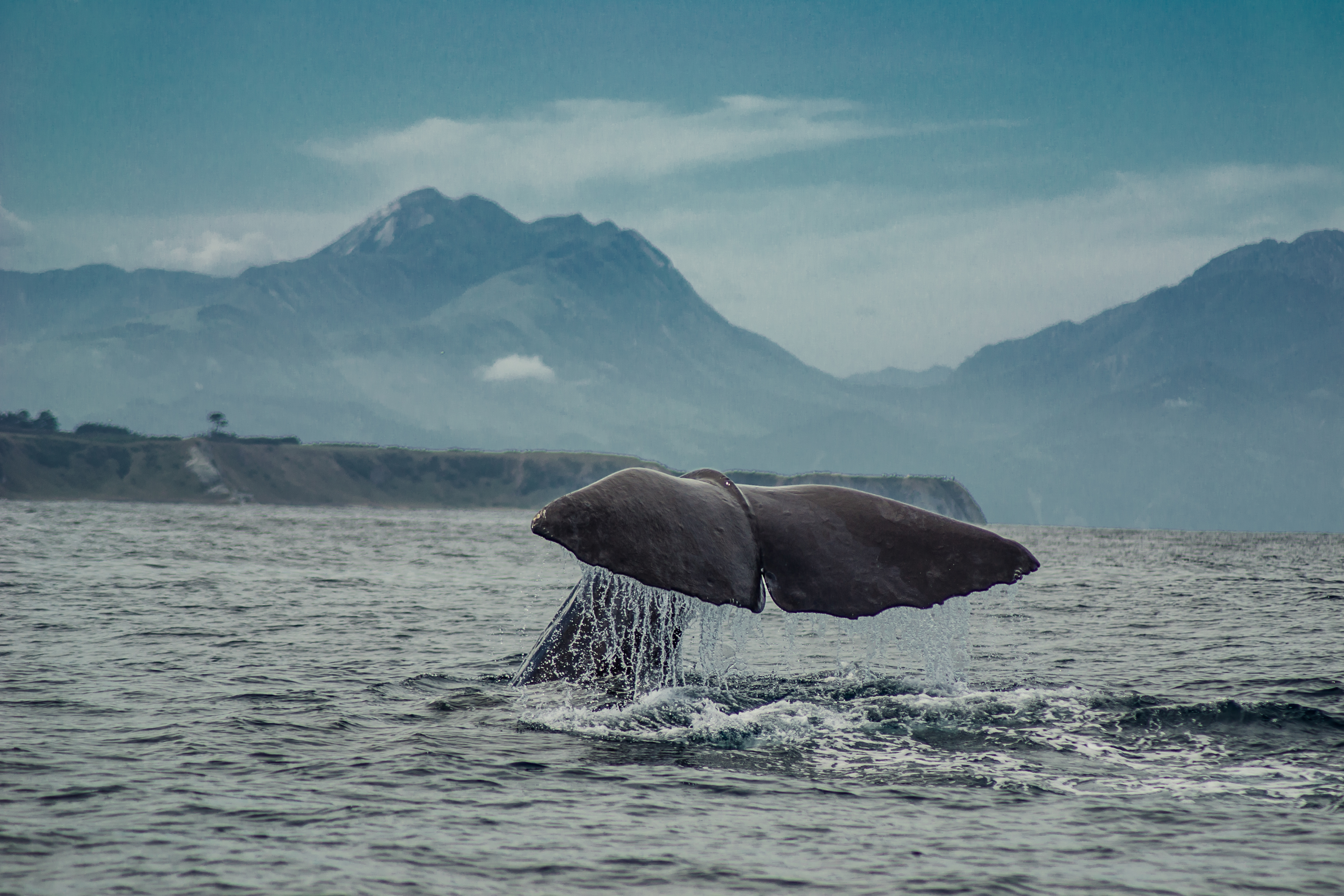 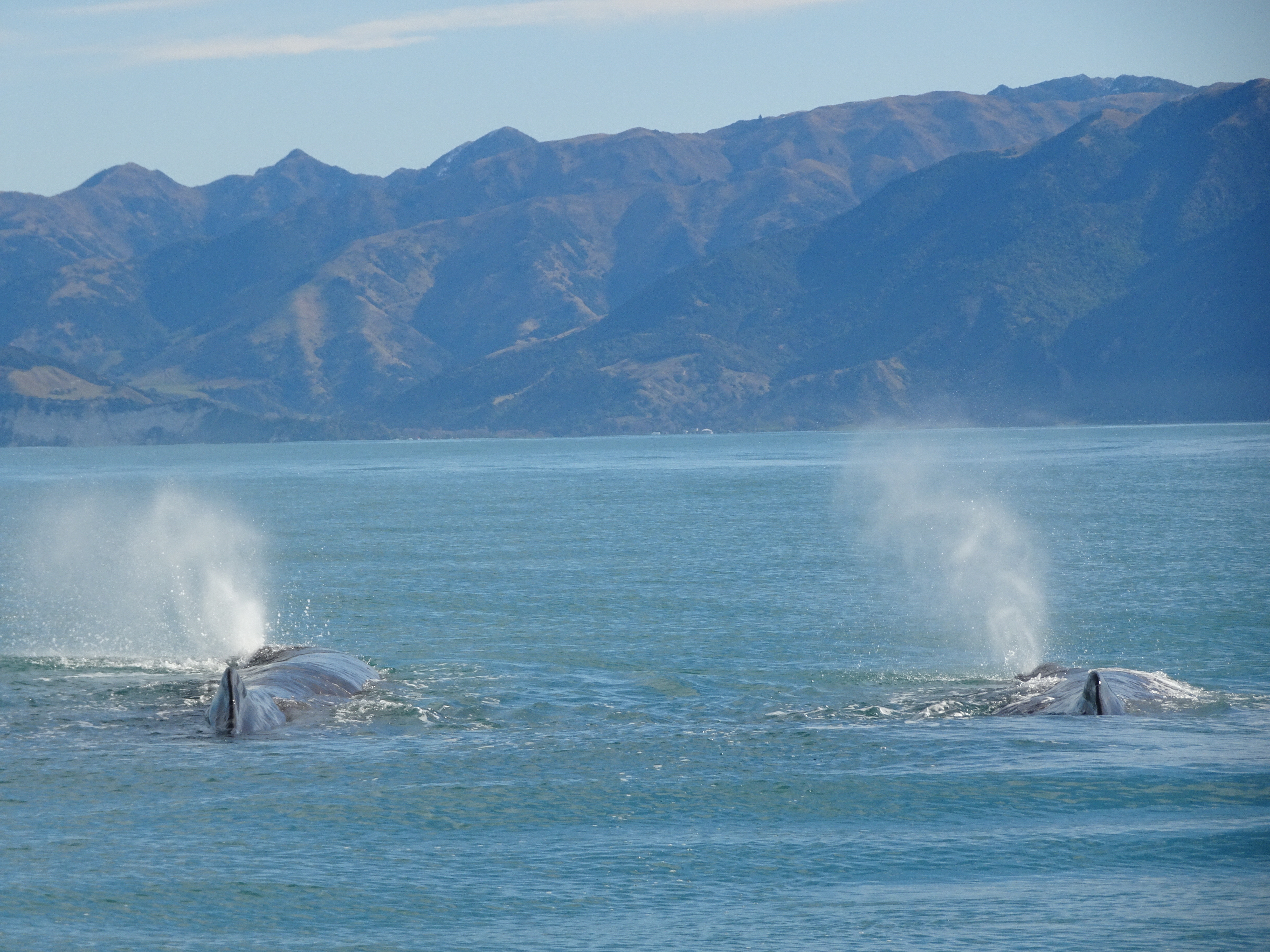 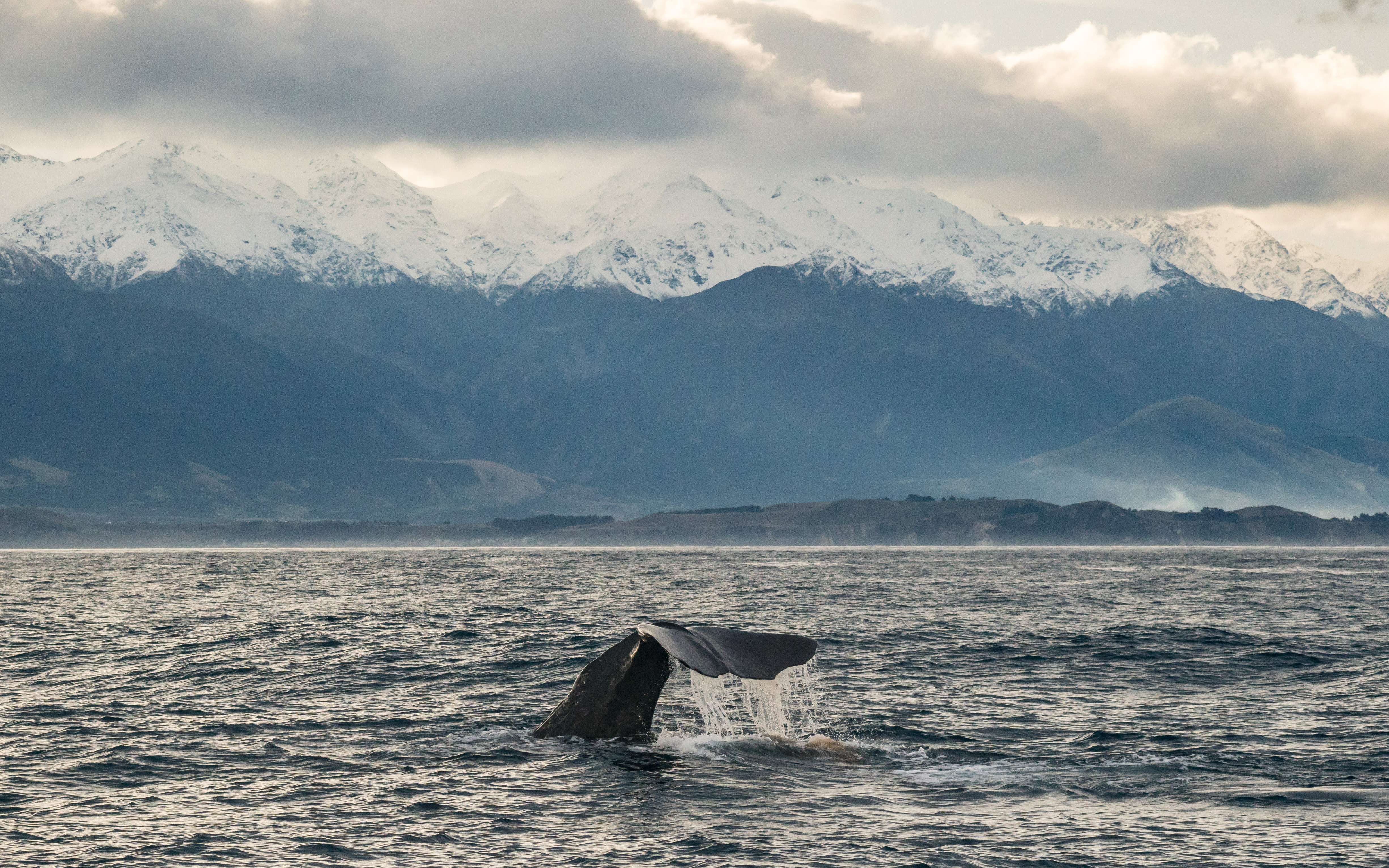 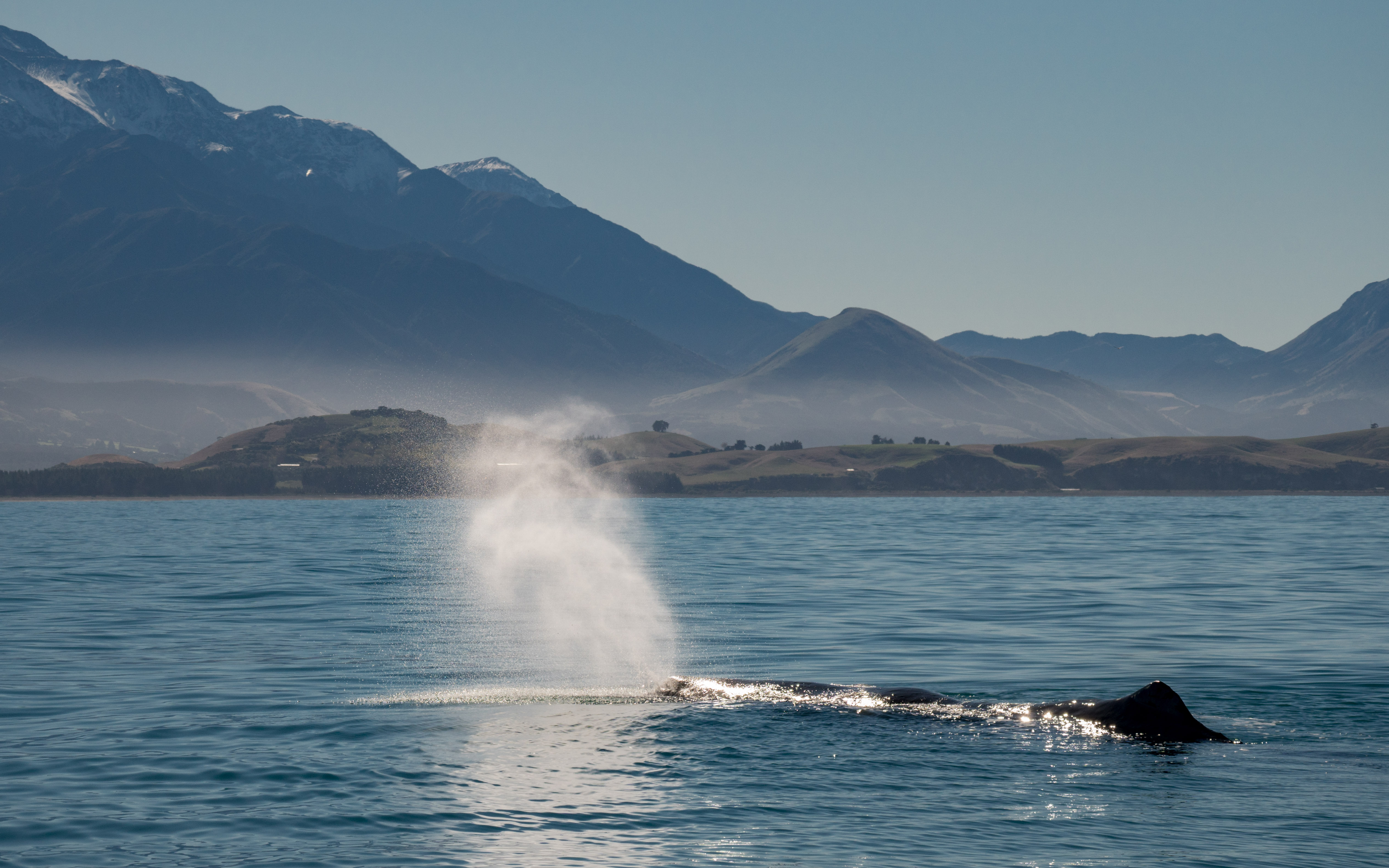 Winter whale watching also means humpback whales and lots of them! Our crew have definitely noticed an increase in humpback frequency in Kaikoura over the last few years, so much so that they have been able to start identifying returning individual humpbacks and cataloguing them.

Humpback whales make their annual migration from the feeding grounds in the Antarctic waters and head North to the breeding grounds in the tropics. We will quite often have sub adult humpbacks actually stop and hang around in Kaikoura for days, weeks or even months at a time. Some will even visit in the summer as well. 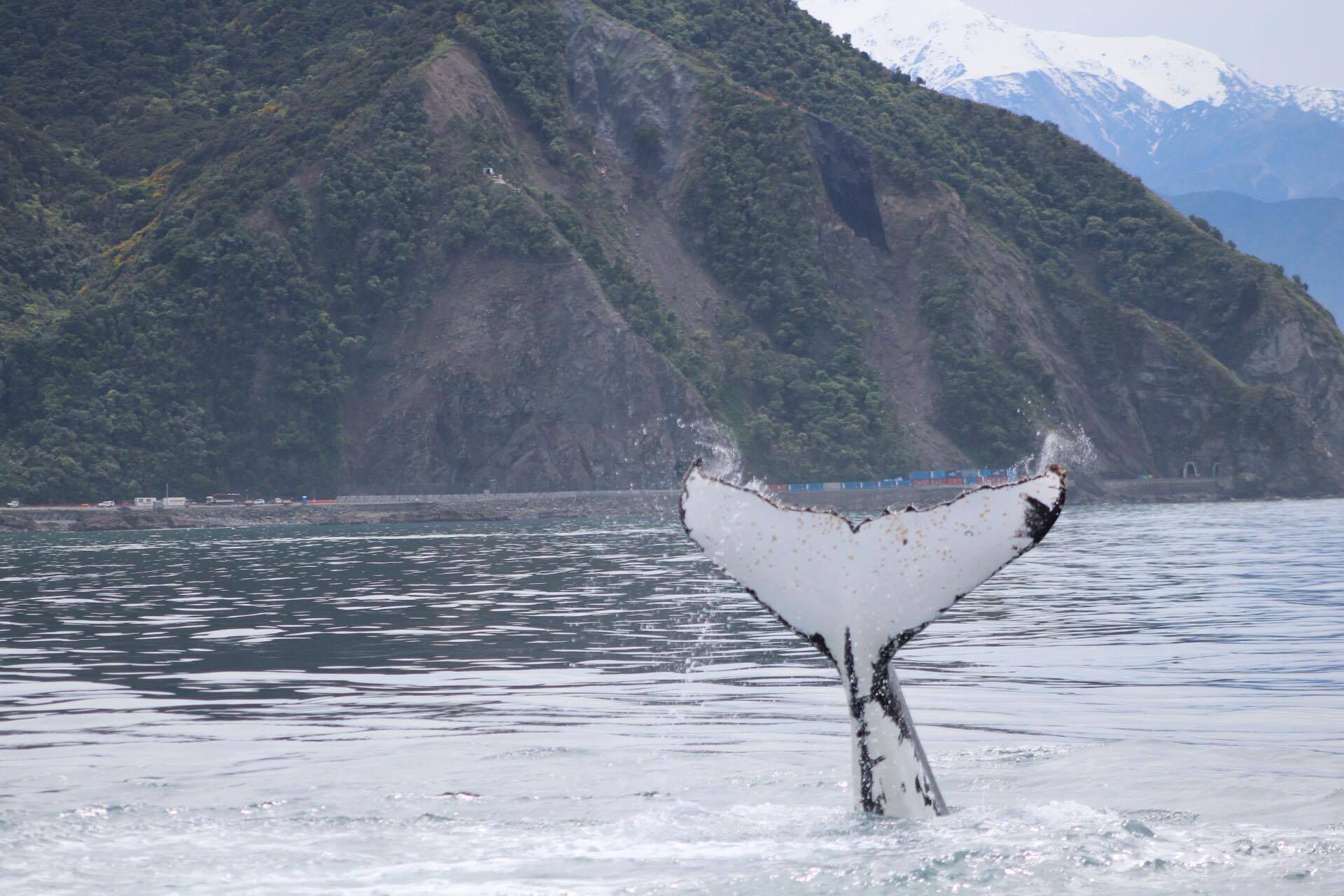 This is also the second running year for the Great Kaikoura Whale Count. A study originally run by the Kaikoura Ocean Research Institute (KORI) for its first year and this year run by the Department of Conservation (DOC) in collaboration with KORI. The study is monitoring and surveying visiting and passing whale species during peak middle of winter from the top of the Kaikoura peninsula. Whale Watch Kaikoura is in full support of the initiative and our expert whale detection staff have been lending a hand during the 6 week survey along with many locals and visitors from all over.

With the Cook Straight survey ending in 2017, it is a good way to keep track of whale movements and abundance during this time as Kaikoura has a very high density of whale activity.

If you’d like to volunteer for the final week of the Great Kaikoura Whale Count finishing up on July 13th, or potentially sign up for next years survey, email interest to jrodden@doc.govt.nz