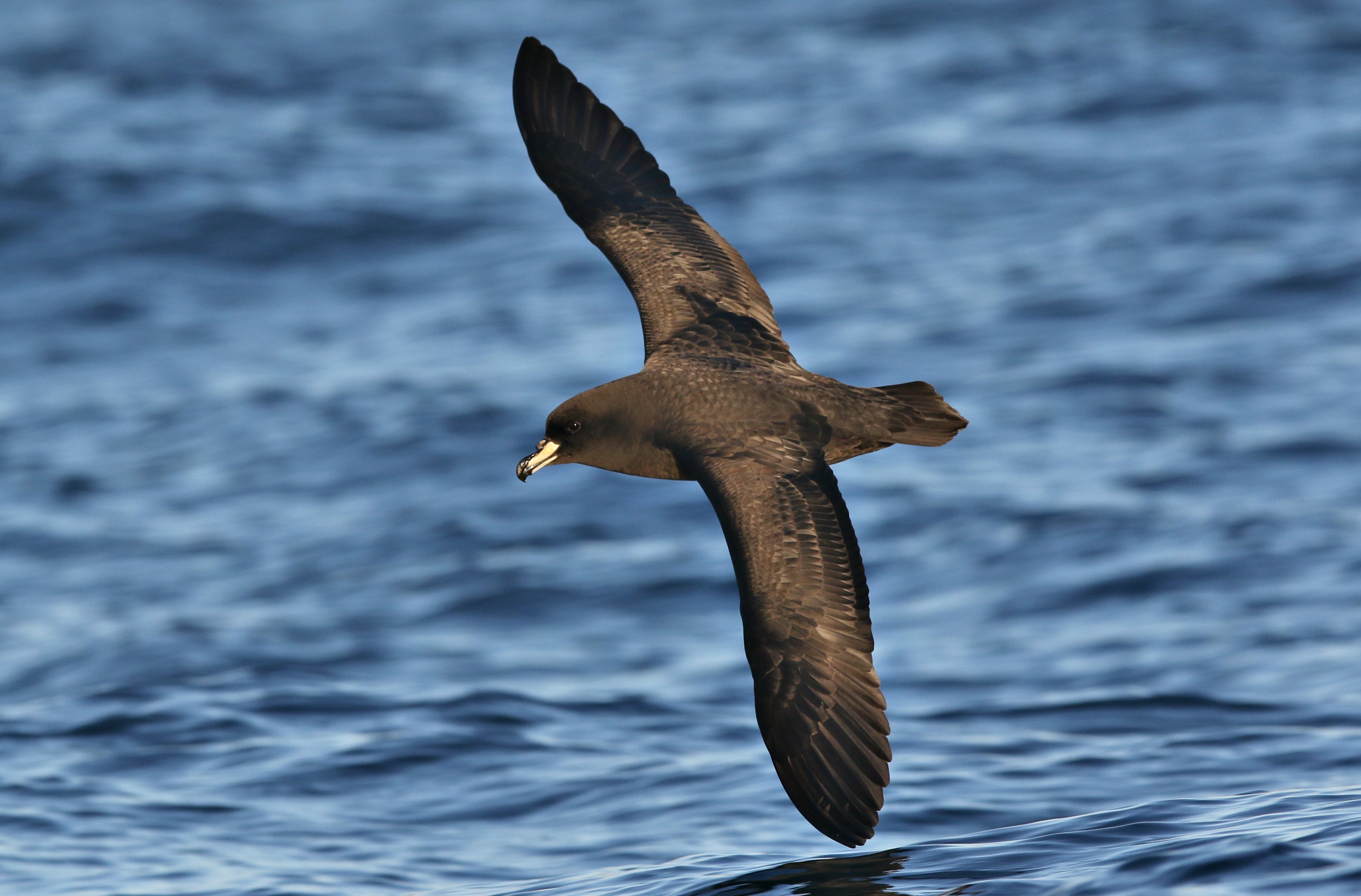 Fully grown Westland petrels can reach 55cm in length and can weigh up 1.5kg. They only breed in an 8km wide strip of forested foothills close to Punakaiki on the West Coast of the South Island. The petrels form long term monogamous pairs and breed during the winter months. Currently, the population is estimated to be between 3000-4000 pairs. It takes about 9 months to incubate and to bring the chick to fledgling. The young petrel will not return to the breeding site until around the age of 5 and typically won't breed until the age of 10.

In the summer months most of the population will migrate to South America to feed off the coast of Peru, Chile and some make it to the coast of Argentina. Westland petrels are mainly nocturnal hunters and eat mainly fish, especially Lantern fish. They catch prey by surface seizing fish and squid close to the surface, they are also able to dive up to 8m deep. Westland petrels have a very good eyesight and sense of smell and, like many seabirds, are not against scavenging food that has made it to the ocean surface or the discards from fishing vessels.

The population is thought to be steady but they do face many threats. Their biggest threats at sea are becoming bycatch of Tuna longlines and trawl fisheries. On land, introduced predators like cats, dogs, stoats and rats pose a significant threat for the petrels while at their breeding sites. Other threats include obstructions behind the ocean and the breeding site, these include power lines and light pollution from the roads which can cause them to become disorientated and crash land. Once landed, the petrels need an accessible launching platform in order to get airborne again.