Posted in Latest News; Posted 3 months ago by Annika Dahlberg and Lisa Bond 2 Minute(s) to read

In New Zealand we encounter long-finned pilot whales which prefer temperate waters and can be found around the country all year around. The male pilot whales can grow over 6 metres in length and the females grow to about 5 metres. They have a distinct light saddle patch behind their dorsal fin and light patches on their chest. The “saddle patch” of each animal looks different and that is how you can identify one whale from another, it is like us humans having finger prints! Their lifespan can be up to 60 years! They travel in very large family pods, ranging from 20 to 100 whales but can be a lot larger.

They live in matriarchal society, which means that the females are the ones to lead the pod. It is usually an older female, such as a mother, grandmother or great grandmother who leads the pod. Interesting fact: Did you know that pilot whales are one of the few known species of mammals that go through menopause?

Pilot whales are a toothed whale or odontoceti and belong to the family group known as delphinidae and they are the second largest member of that family, the only one bigger is the orca. They are also known as blackfish along with orca and other dolphin/whale species that are mainly black/grey in colour. 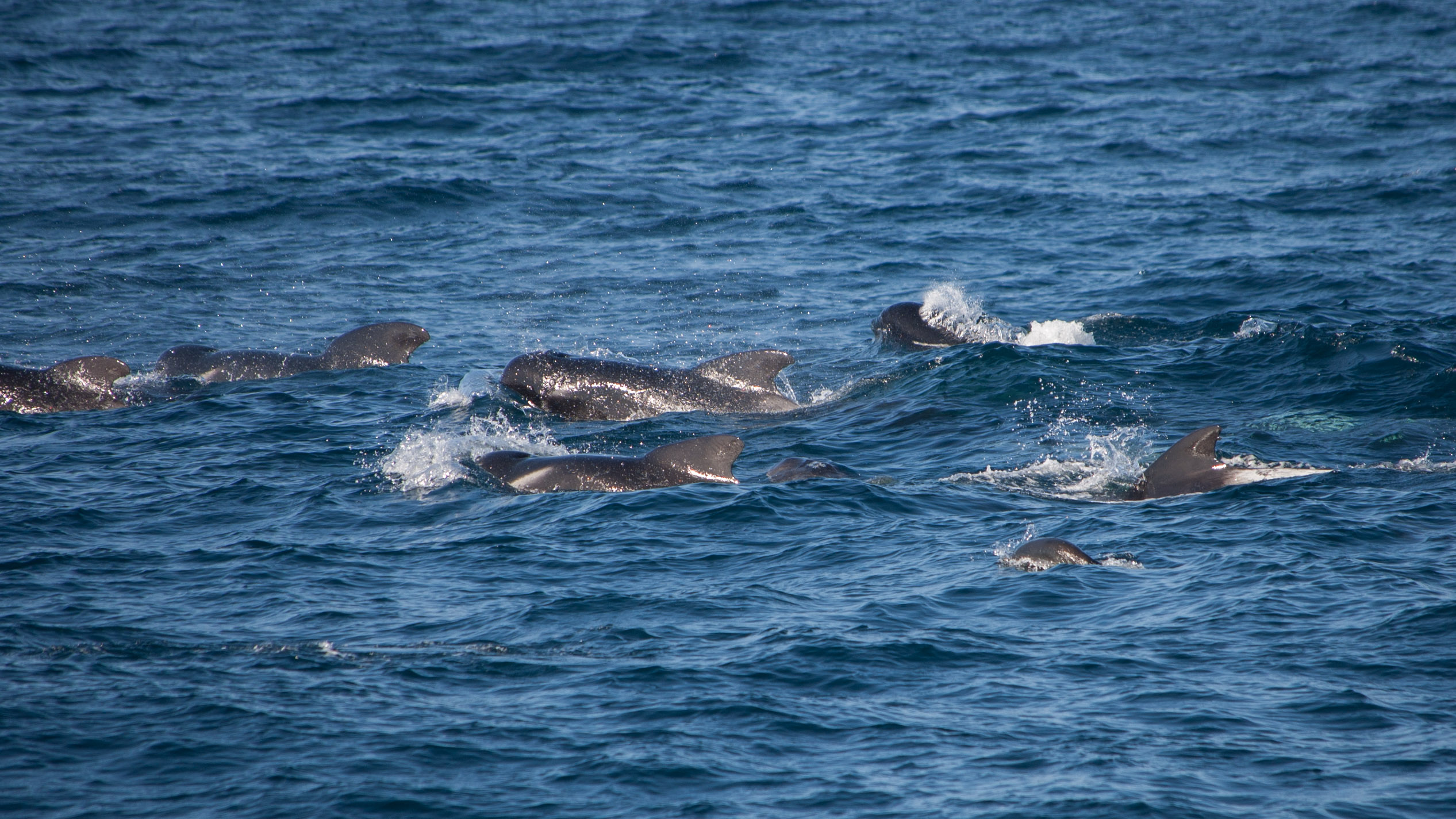 Squid is their main source of food but they also feed on many species of fish. In New Zealand they tend to feed mainly on arrow squid and octopus.

The pilot whales get their name as it is believed that the whales follow the “pilot” or the “leader” of the pod. Their social bonds are extremely strong and it is believed that it is connected to the reason why they strand themselves in large numbers. They are well known for mass strandings here in Aotearoa, when one whale strands itself, it is likely that the whole pod will follow.

When we see them here in Kaikōura they are almost always spotted in the deeper waters further offshore. Often they are accompanied by offshore bottlenose dolphins or even the very rare southern right whale dolphins. Every time we encounter pilot whales it is truly a treasured encounter as we do not get to see these animals too often out on our tours.

They can often be seen “spyhopping”. They pop their head out of the water to get a better look around themselves to see what is going on above the surface of the water! 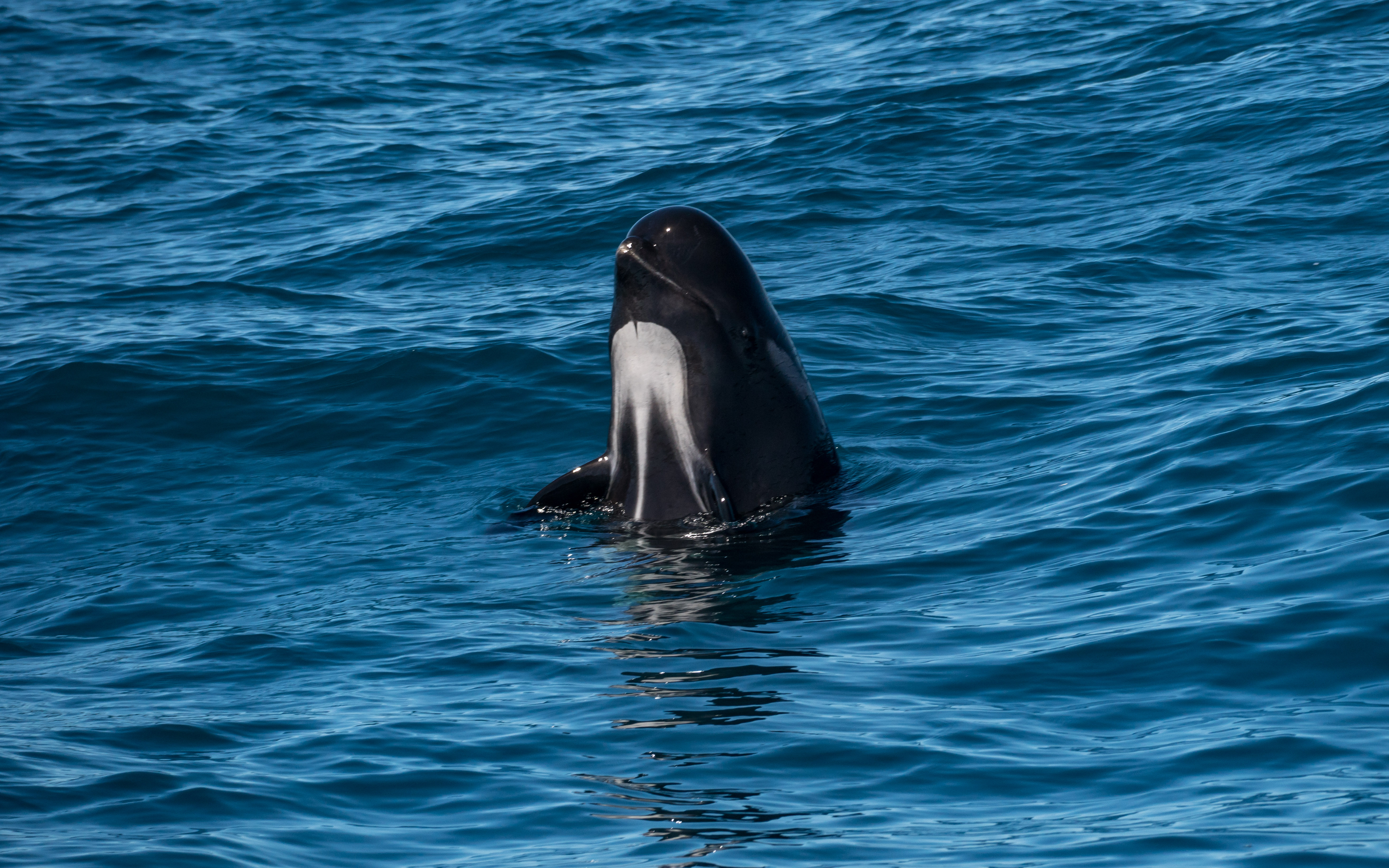