Along with the amazing marine mammals we encounter in the Kaikōura area, we are privileged to see many other taonga (treasured) species. New Zealand is the seabird capital of the world. A little over 10% (38) of the world's seabirds are endemic to NZ and about 86 species, in total, breed in NZ. Aotearoa houses thirteen species of albatross and also has the only mainland albatross breeding site in the world which is at Taiaroa head near Dunedin. All other breeding sites are on remote islands, with many being in NZ's Sub-Antarctic. 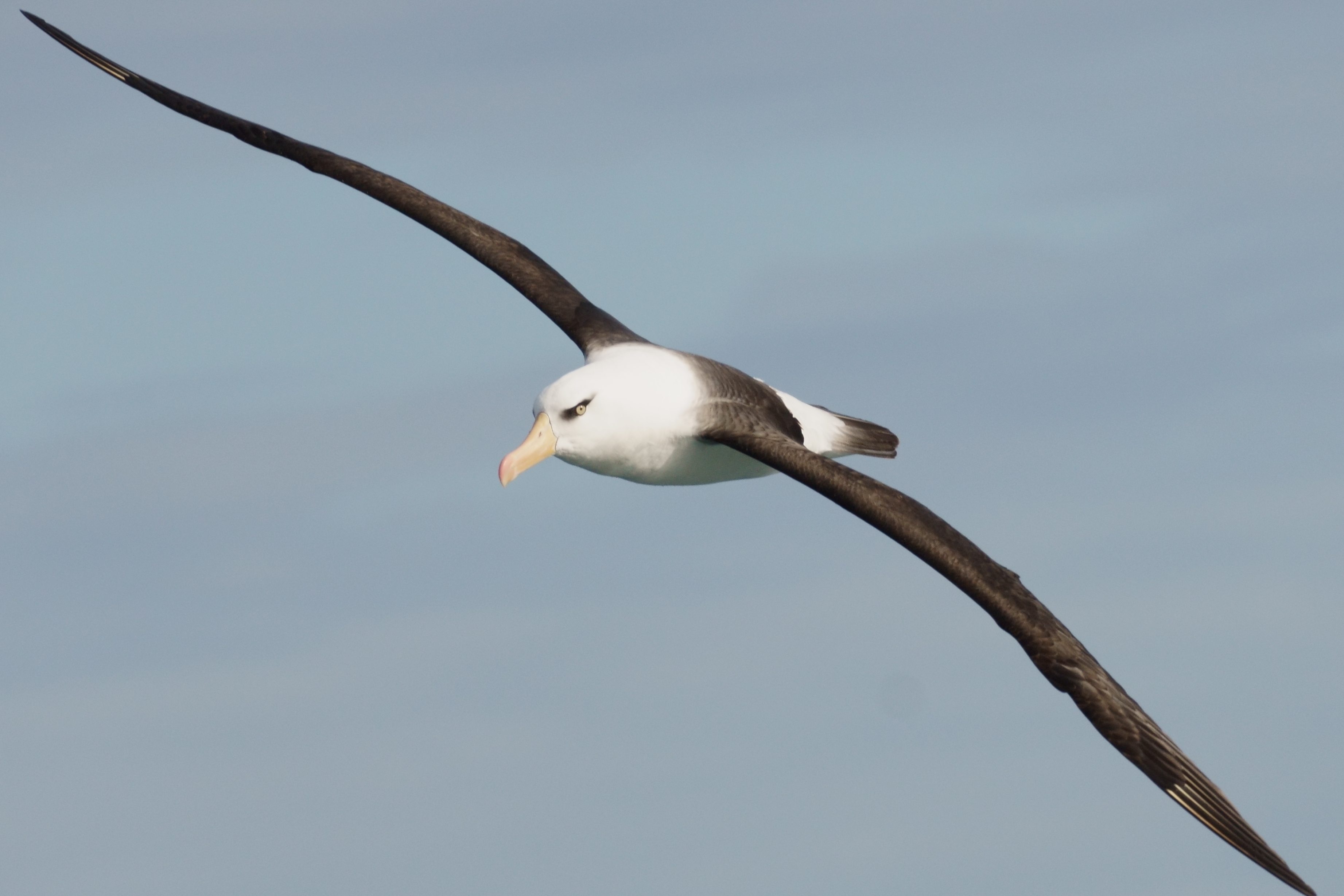 The deep Kaikōura Canyon and the currents that mix in the canyon make Kaikōura an incredibly productive feeding ground for the whales, dolphins and seabirds alike. Throughout our tours we may see albatrosses soaring along with the boat or swooping a little closer to our vessel to check us out or sometimes we can find them competing for food.

Albatross are slow breeders. For the greater albatross, It takes roughly 12 months for a mum and dad albatross to meet, court, lay a single egg and to successfully raise a chick to fledging. Mum and dad will share the duties of incubating the egg and, then, feeding the baby. After about 40 days old the chick will be big enough to be left alone for short periods. This will allow it's parents to stay away a little longer in the effort to find more food for the growing chick. If successful, the fledgling will leave the nest and not return to land for 3-5 years but usually an albatross won't find a breeding partner until 6-12 years of age. Albatross will typically keep the same mate for life. Due to the enormous effort to raise a chick, greater albatross will usually breed every other year, whereas, some of the smaller albatross (mollymawks) can breed every year. 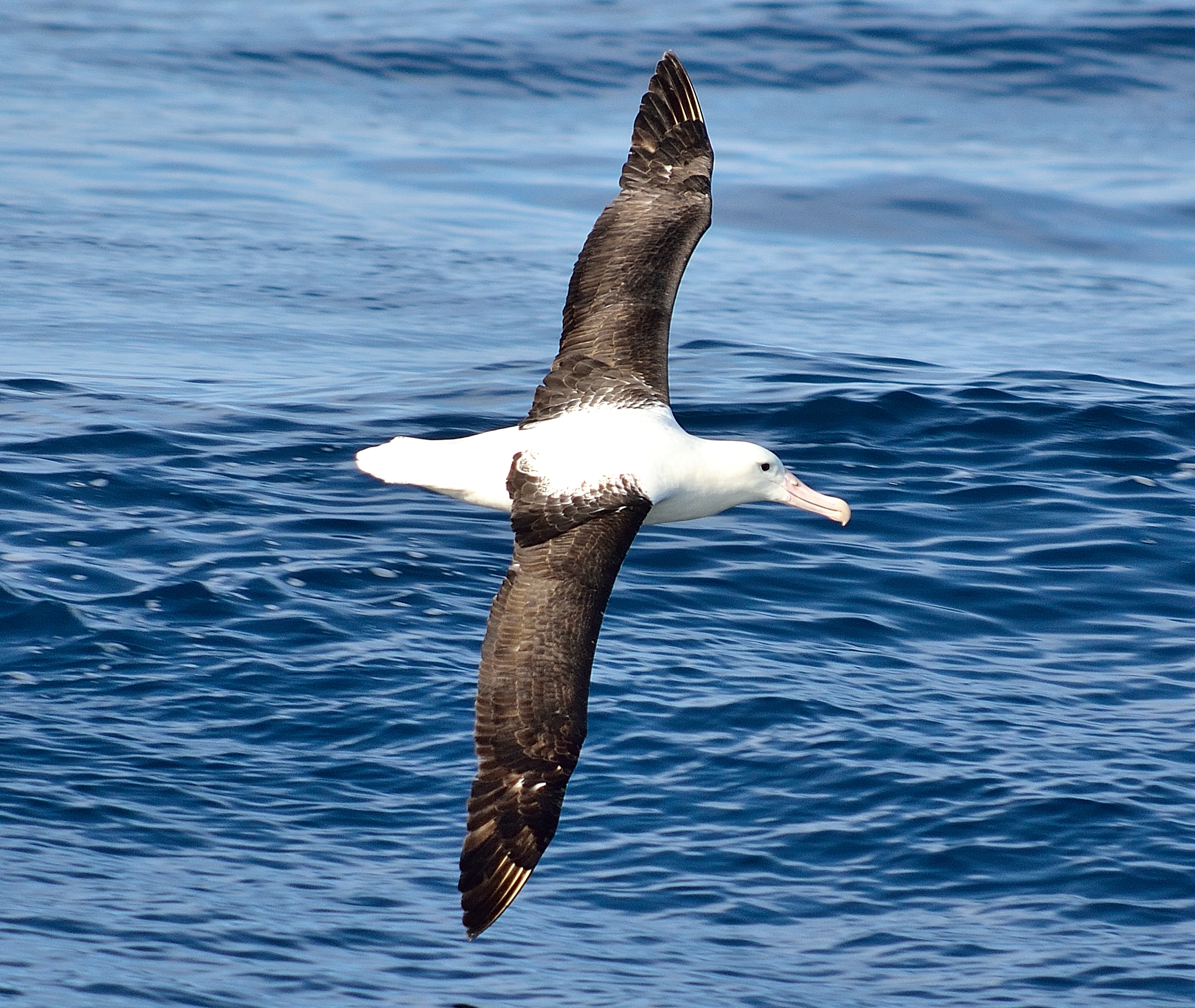 To see an albatross up close is a truly awe-aspiring spectacle. Some of the larger albatross can grow to 1 metre from beak to tail and can have wingspans over 3.5 metres. They can fly great distances in their search for food, often hundreds of kilometres a day and they can do so almost effortlessly using a gliding technique know as dynamic soaring. Albatross are masters at harnessing the wind currents, so much so that they rarely need to flap their wings.

But it is not all smooth flying for the albatrosses. There are 22 species of albatross and all of them are at some level of concern, ranging from critically endangered to near threatened. In the past many albatross species were hunted at their breeding sites for their feathers or for food which quickly depleted many albatross populations. Introduced predators like mice, cats and pigs are threats to nesting albatrosses. A concerted effort is currently underway in to eradicate introduced predators on many sub-Antarctic islands and is already having some success. Recently, the Antipodes island was officially declared predator free, after a large scale mice eradication program. 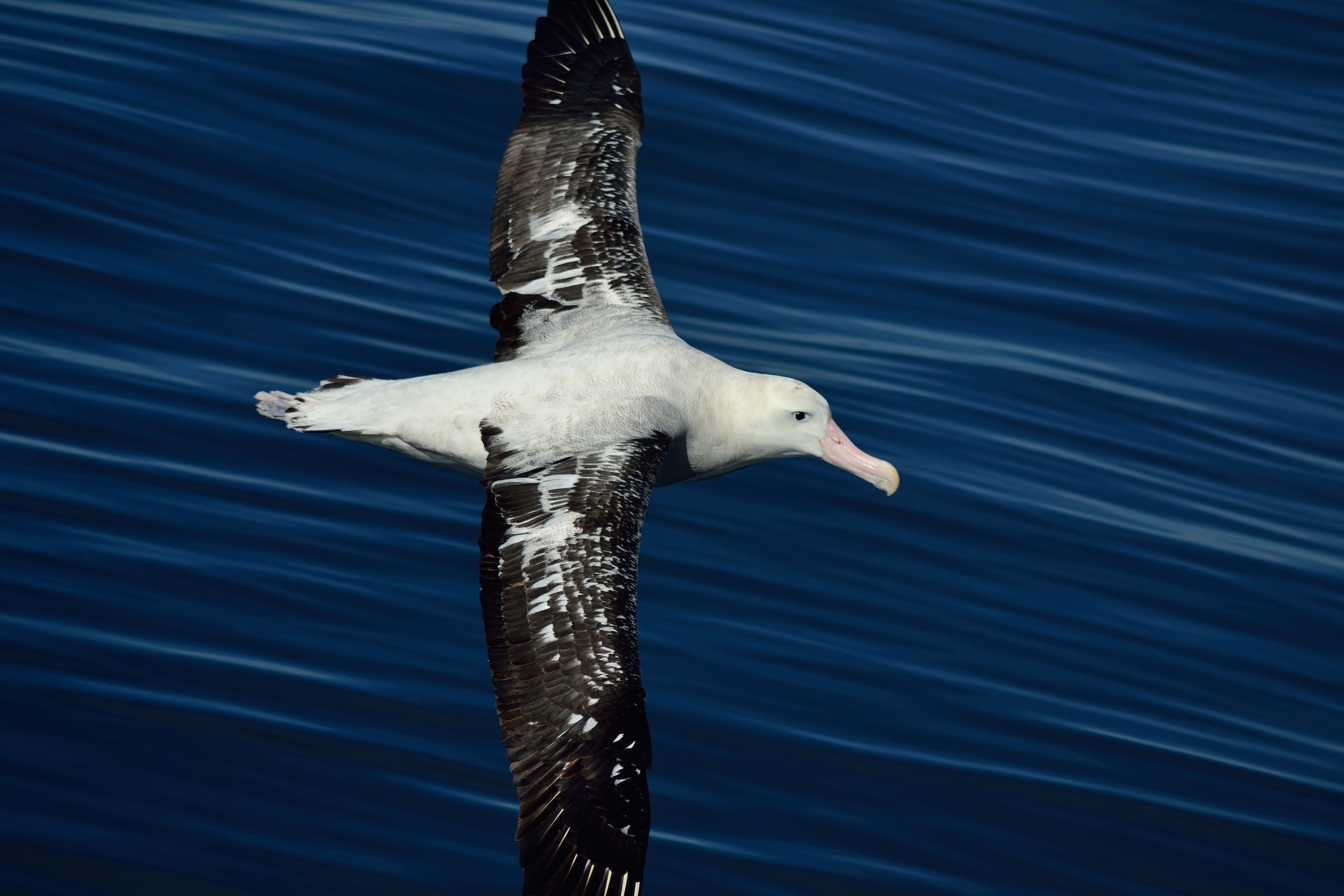 However, albatross spend at least 85% of their life at sea well out of reach of terrestrial predators but not out of reach from human induced threats such a marine pollution, overfishing, climate change and fishing methods like long line fishing. Long line fishing is a major threat to albatross and other sea birds. Extremely long lines, up to 130 kilometres long, with thousands of baited hooks are released behind boats usually in the Southern ocean in the hope of catching big fish like Tuna, Swordfish, Hoki and Patagonian Toothfish. Albatrosses and other seabirds try to get the bait before it sinks, if they get hooked they will be dragged under and drowned. This fishing method is estimated to kill up to 300,000 seabirds every year and is the leading cause of decline in many albatross species. Solutions such as fishing at night and using streamers to keep the birds at a distance have been implemented in some fisheries. A new technology called the Hookpod could significantly reduce seabird by-catch. It is a plastic enclosure that is permanently attached to the fishing line and encloses the baited hook until the hook reaches 20m deep where it is released and out of reach of most seabirds. 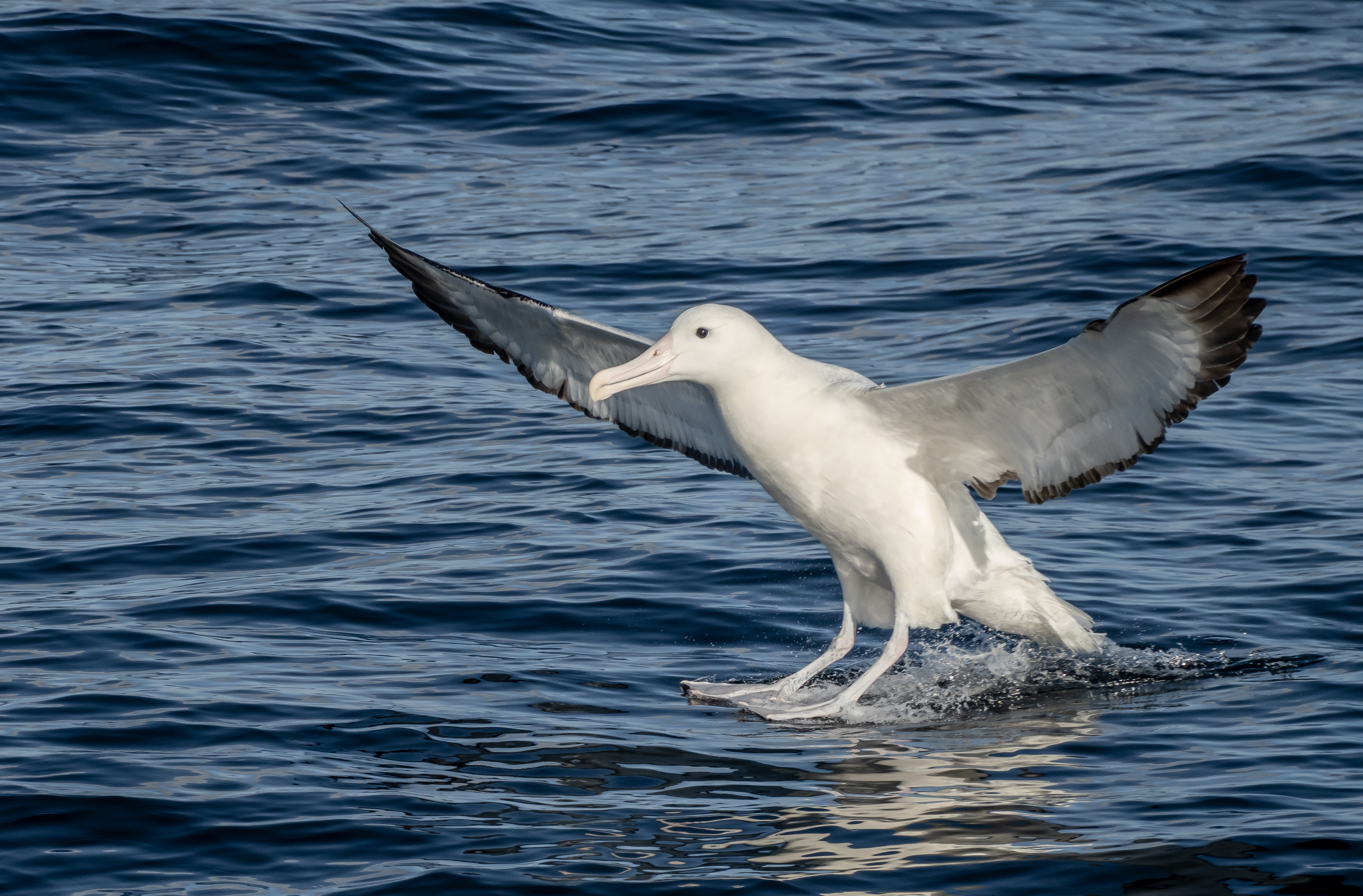