Posted in Recent Sightings; Posted 3 years ago by Lisa Bond

Over the weekend we were fortunate enough to be able to view a humpback whale on our tours. Our guests were treated to this whale breaching as well which is always wonderful to see. With this in mind I thought it would be good opportunity to provide you with some great information about these beautiful creatures – enjoy! 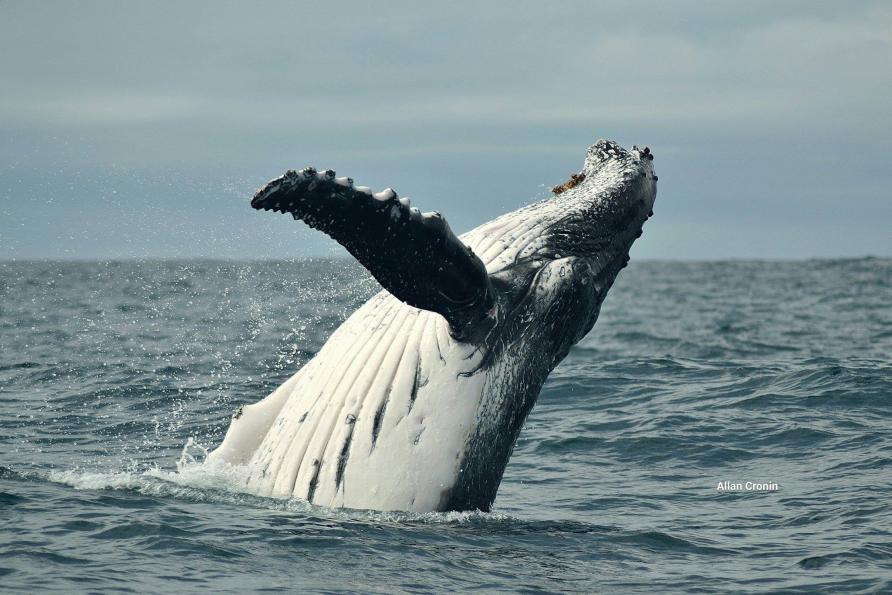 The humpback whale is one of the most easily recognised whale species. Known for their large flippers (which can be up to one-third of their body size), and the hump on their backs. Their colouring is anywhere from a grey to black colour and have white markings on their underbelly. These markings are differing in every whale, being like fingerprints, allowing researchers to identify individuals. 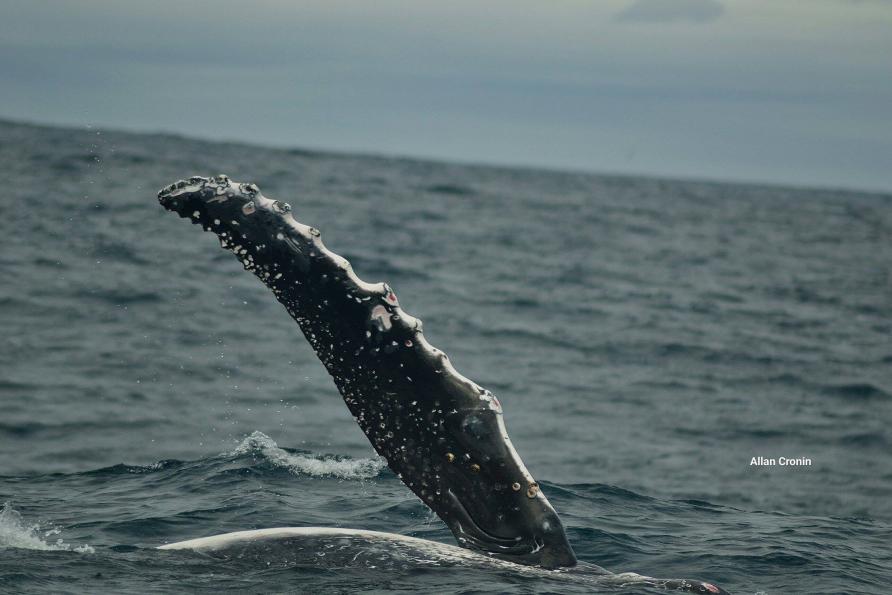 Humpback whales hunt and feed during the summer months in the colder waters like Antarctica and then migrate to warmer tropical waters during the winter months for mating. It is around this time of the year that we are able to start to see the annual migration take place with humpback whales passing by the Kaikōura Coastline between May / June / July and August – heading up towards Australia and Tonga for the mating season. 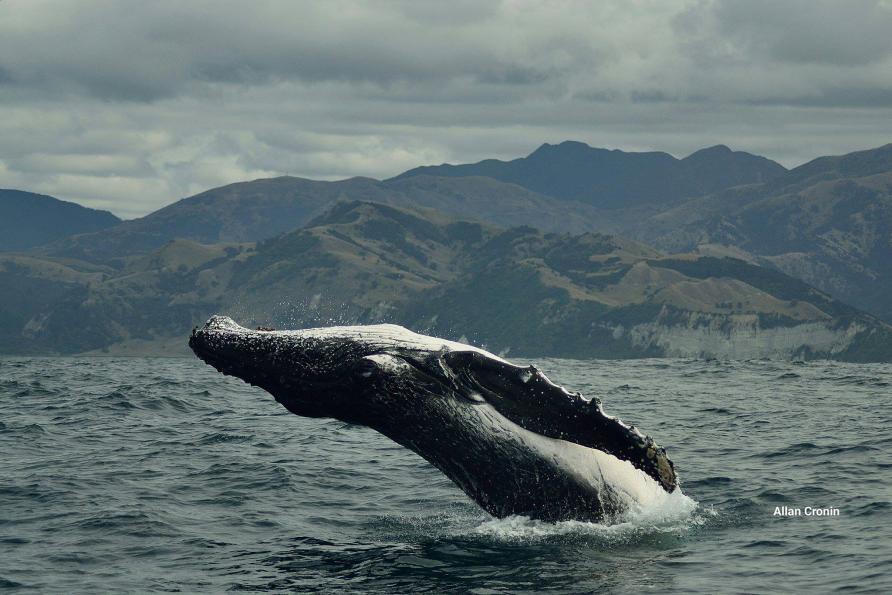 The humpback whales diet is made up of fish and krill. They are baleen whales, meaning they are filter feeders. These whales have two parallel rows of baleen plates attached to their jaws, allowing them to filter water for the fish and krill. 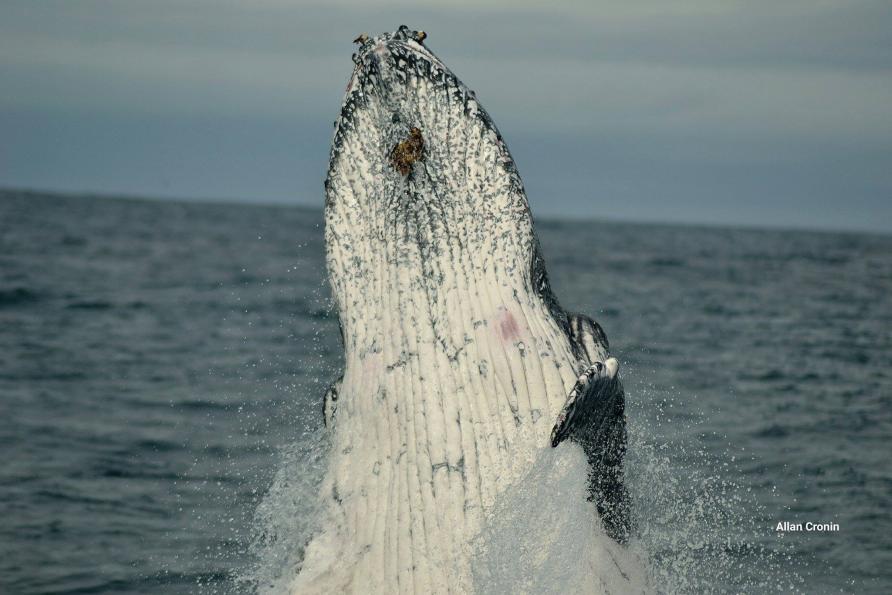 During the feeding season these humpback whales hunt using a technique known as bubble net fishing, where a group of whales will swim around its prey in a circle and blow bubbles, create loud vocal sounds or slap their large flippers against the water to stun fish into forming  into a small ball and rising to the surface where the whale can then swim up and lunge at the fish with an open mouth and engulf thousands of small fish in a single gulp using their baleen plates to separate water and from their prey.

Humpback whales breathe voluntarily, unlike human beings. Since they have to remember to breathe, researchers believe humpback whales sleep by shutting off half of their brain at a time.

These whales are known for their complex mating songs. Researchers have studied the whale songs for years, and the complexity of these songs suggests the whales are extremely intelligent creatures. Only the males are responsible for the whale songs, however, since they are primarily a mating signal. These sounds can be heard many miles away and are heard as a combination of moans, howls and cries among other noises which can go on for hours.

Not only famous for the haunting love songs these whales are also well known for their acrobatics. They can be frequently seen leaping out of the water and sometimes can use their flukes to propel themselves completely out of the ocean – known as a breach which is something we have been witnessing today. 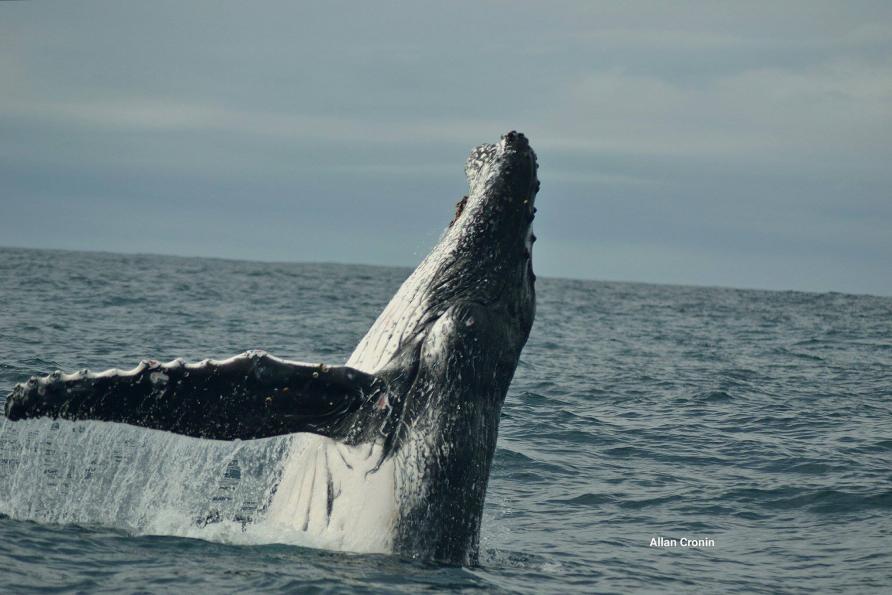 We are truly blessed with the amazing marine life that we can see off the Kaikōura Coastline, truly is a marine mecca.