Only found in New Zealand’s waters, this distinctive grey dolphin with black and white markings and a round dorsal fin (much like the shape of a Mickey Mouse ear) is the most easily recognised species of dolphin in New Zealand. The Hector’s dolphin is one of the smallest marine dolphins in the world. 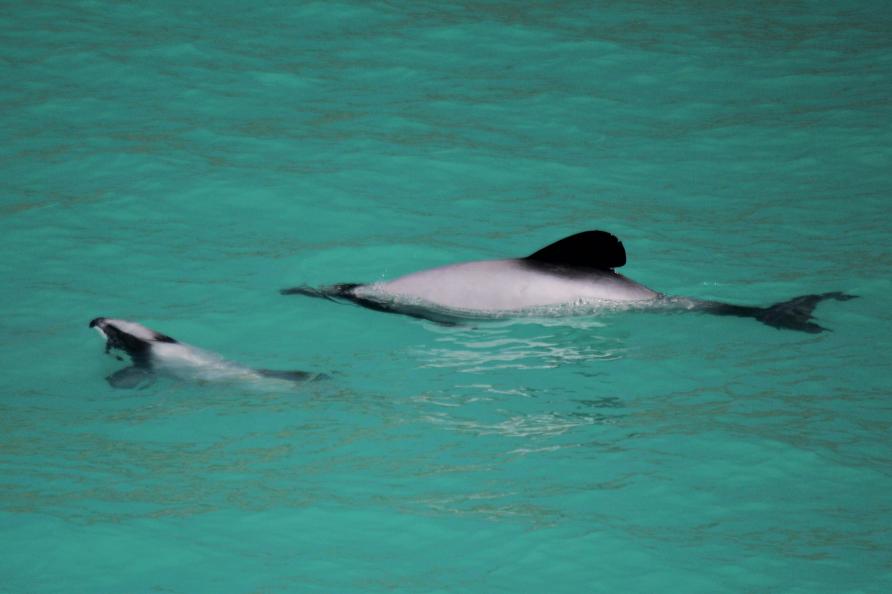 Hector’s and Maui’s dolphins are known to Māori by other names, including tutumairekurai (special ocean dweller) & aihe.

Hector’s dolphin was named after James Hector who is believed to be the first person to have examined this species.

Hector’s dolphins are found around the coast of the South Island but distribution is patchy. There is a population of Hector’s around Banks Peninsula area and also we have a small population in Kaikoura. We can see them at times on our tours in a small pod of between 2-3 individuals sometimes up to a dozen. 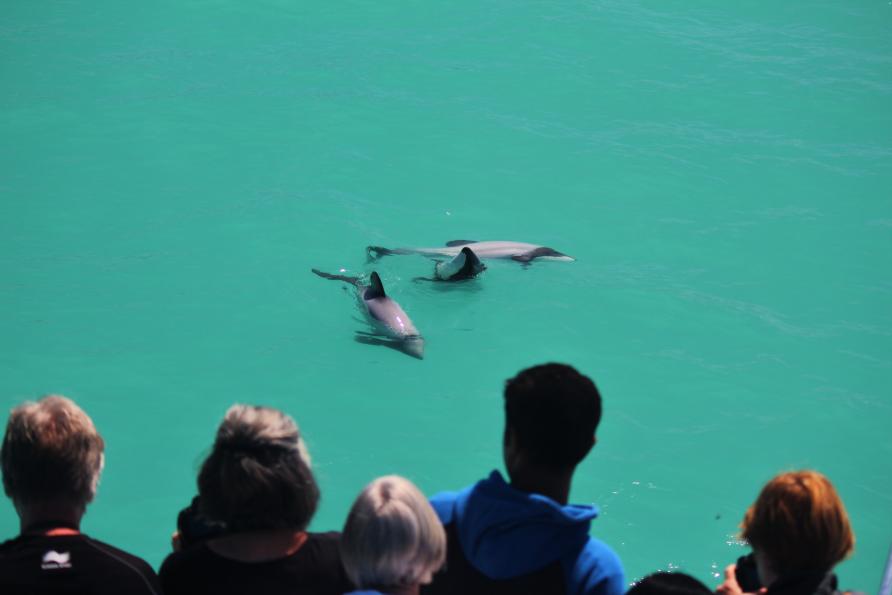 Hector’s dolphins are known to live to a maximum of about 20 years.

Like other dolphins, Hector’s use echolocation to find their food. They send out high frequency ‘clicks’ that bounce off surrounding objects and fish, giving the dolphins a detailed picture of their surroundings. This sonar is not used all the time, which may be one of the reasons why the dolphins get caught in nets.

Most females only have four or five calves in a lifetime. Calving usually occurs between November and mid-February, and calves stay with their mothers for up to two years. 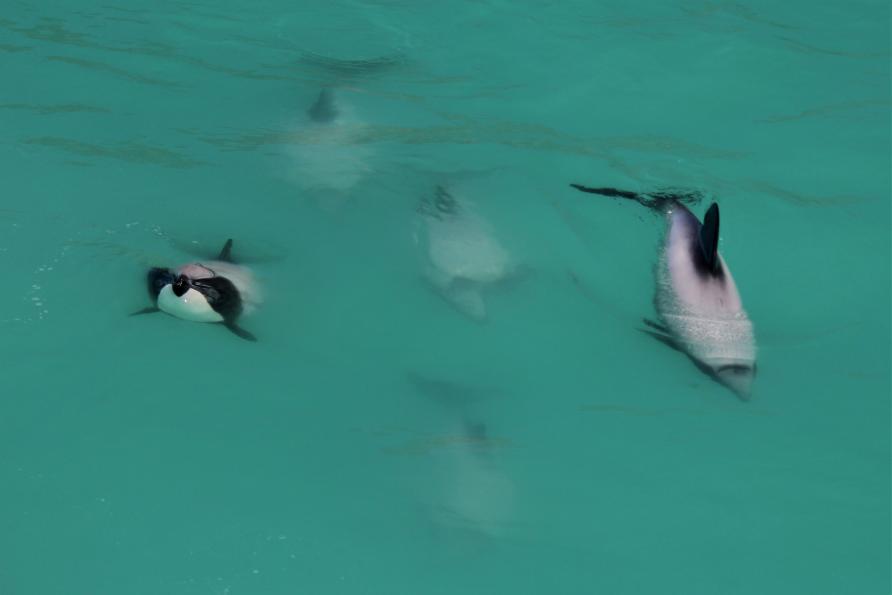 Dolphins and people have shared our shores and bays for centuries. In recent years, there has been a worldwide increase in awareness of marine mammals and a greater desire to protect them.

Set net fishing poses a major threat to Hector’s and Maui’s dolphins. Like all marine mammals they need to come to the surface regularly to breathe. If they become tangled in set nets, they will hold their breath until they suffocate.

Because these dolphins occur close inshore, often in bays and harbours, they are at risk of being injured by boats. Newborn dolphins are particularly vulnerable as they swim relatively slowly, close to the surface. Some have been killed by boat propellers, when unwary boaties have run them over.

Here are some tips on how you can help them 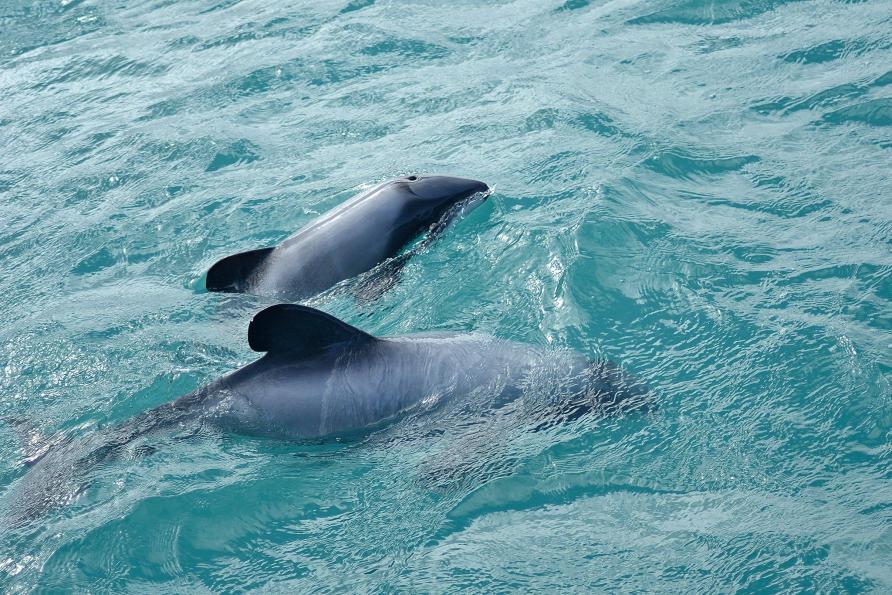 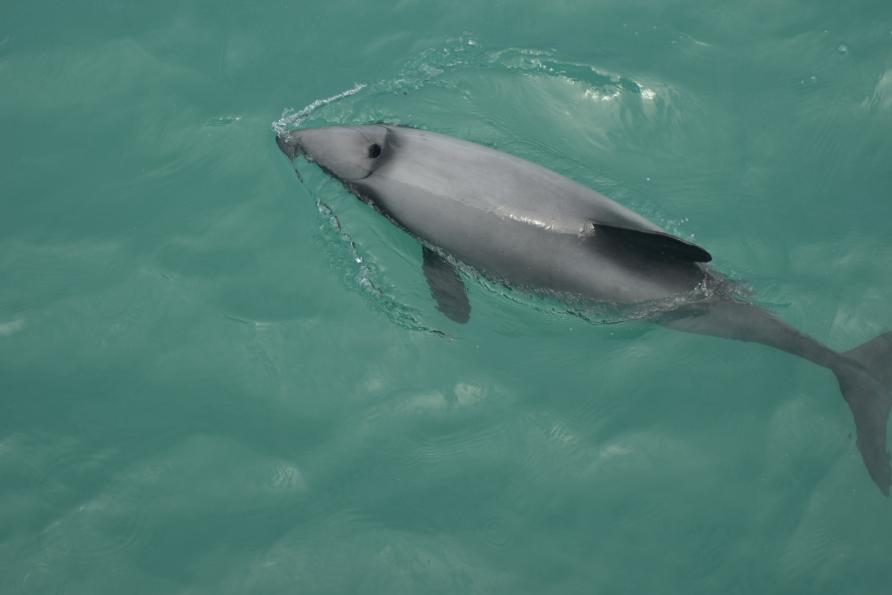