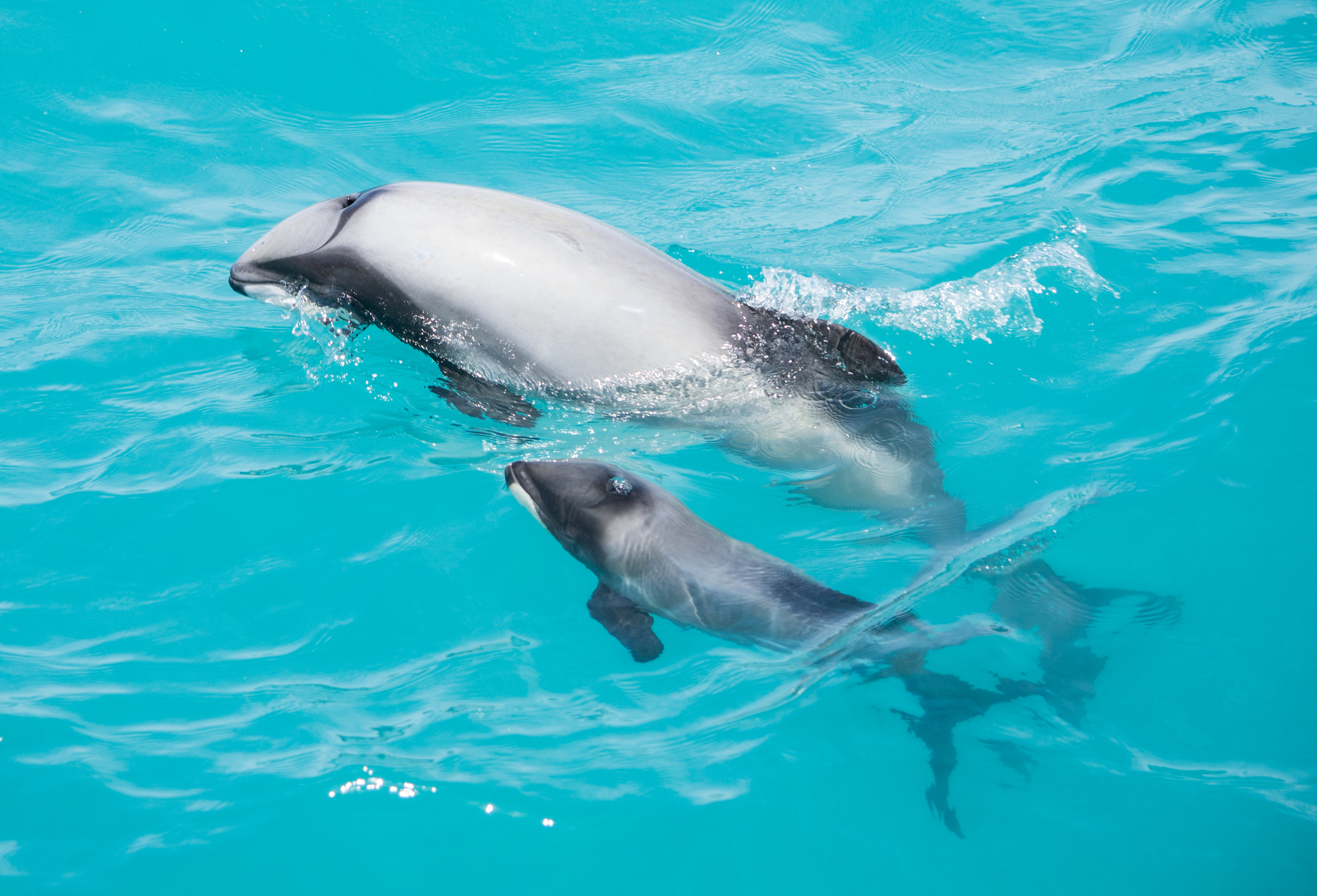 The Hector’s dolphin is endemic to New Zealand and is one of the smallest dolphins in the world! They reach a maximum length of 1.5 meters. A calf is only up to 80 cm’s at birth, when they are in the womb they are folded up and after birth they have fetal fold marks that wrap around their bodies. These fold marks can stay on the calf for several weeks and even up to several months. 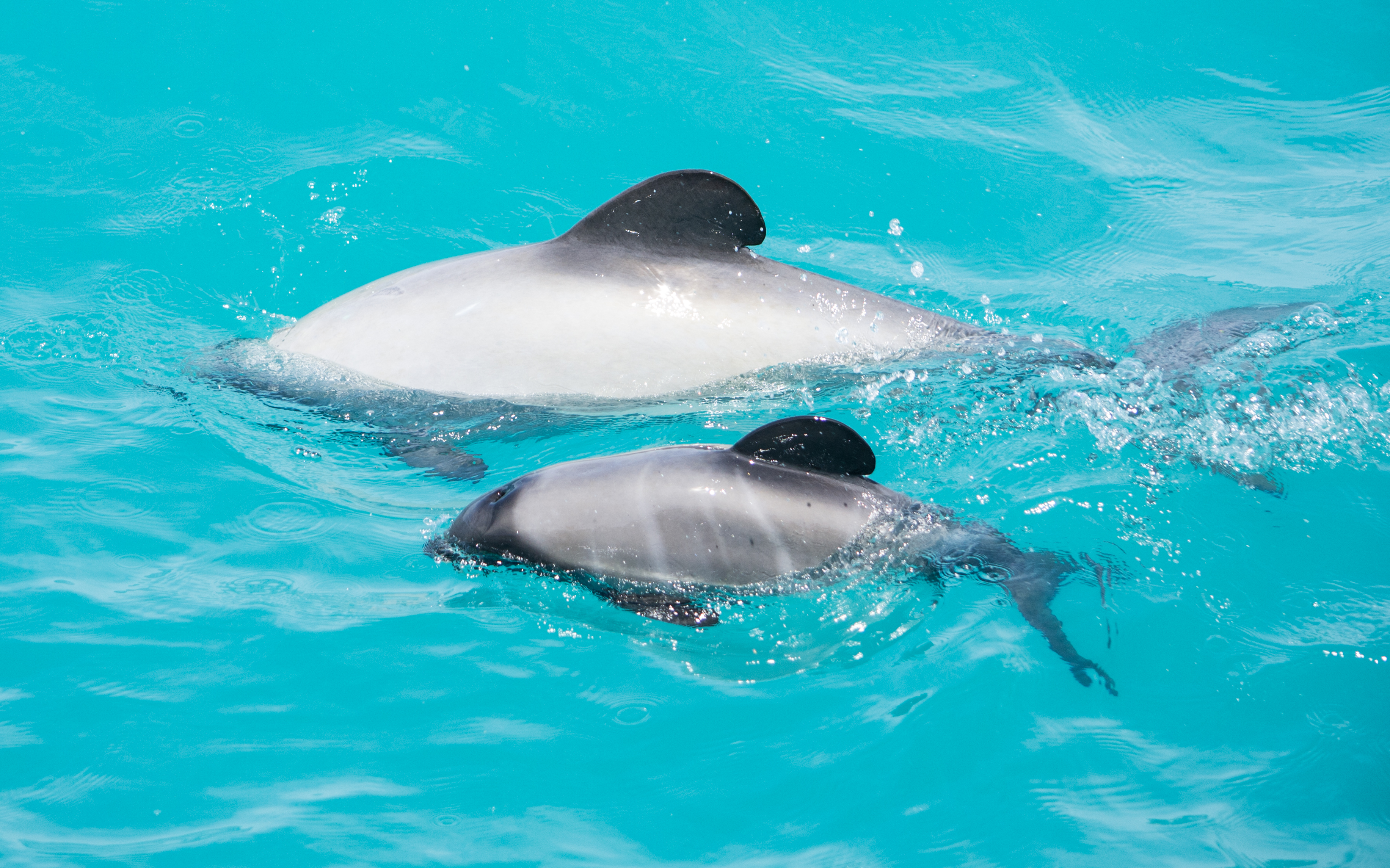 They prefer to stay close to shore in shallow murky waters where they can easily hide from larger predators. The best habitat in Kaikōura is outside river mouths where the water is extra murky. It is believed to be around 300 Hector’s dolphins around Kaikōura.

The diet of a Hector’s dolphin can be quite wide and they eat anything from crabs, squid and different species of fish. As they hunt, they do not rely on their eyes to look through the murky waters, instead they use something called echo location. They produce clicks and once a click bounces off an object, they receive the echo and that is how they can find their prey and their way!

Interesting fact, the female dolphin is larger than the male which is very unusual as in most other toothed whales, the males are larger.

The most commonly used Maori name of them is Tutumairekurai which means “Special ocean dweller”. There is a sub-species of this dolphin and it is the Maui dolphin. They are only found on the north island and they are genetically different. Looking at them, they would look almost exactly the same but there are slight differences in size, the north island dolphins are on average larger than the southern dolphins.

Keep an eye out for a rounded black dorsal fin when you are around shallow waters around the South Island and you might get lucky and see one!